MANTIS FALLS IS AVAILABLE FOR ORDER

Click one of the links below for detailed strategy guides or scroll down for some good starting tips.

A highly detailed compendium outlining the strategies and philosophies for every action card in the game.

A post in the BoardGameGeek forums explaining how to better survive on Mantis Falls' dangerous roads. 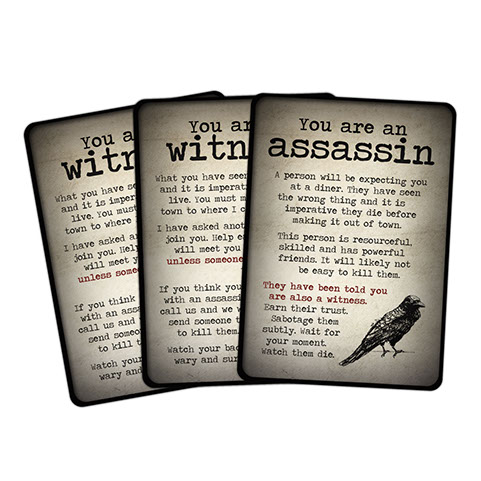 Always start the game claiming to be a witness

For an assassin, perhaps your single greatest asset is your knowledge that it is a competitive game. Use this to your advantage as much as possible! Pretend to be an honest teammate, feign fear of the other player and save your first undeniably assassin-type of move only for a critical moment.

Know the importance of "Call in a Hit" and phones

A key strength of witnesses is their ability to use the extremely powerful “Call in a Hit” action card (included in the opening deal) to do a LOT of harm to a player they suspect to be an assassin.

A big part of an assassin’s strategy should be in making sure this card is not used against them. For a witness, it is similarly important they protect this card and their ability to use it.

Note that this effect only works when played within one road of a phone (in either direction). So moments that players move out of range of a phone can be pivotal, as these can be the best opportunities for an assassin to strike. 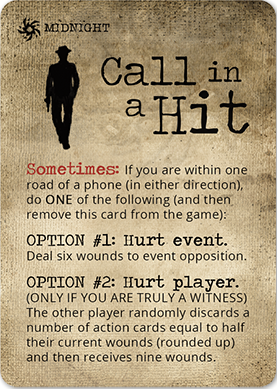 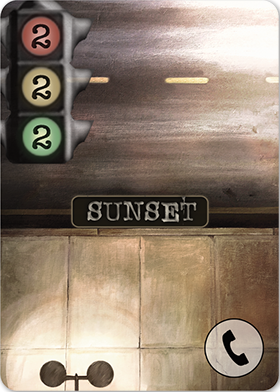 Desperate and dying witnesses are dangerous

If you’re an assassin, keeping a witness’s trust may not be enough to prevent them from trying to kill you. Consider that if a witness faces certain death, they may have nothing to lose by trying to take you down with them (whether they are suspicious of you or not).

As an assassin, you should be wary that a witness is likely to resort to this type of attack once they are out of options or hope. Your best play may sometimes be to help a witness considerably (even saving their life) if that postpones their most desperate moments to a time you are better able to withstand a final attack (e.g. when they are not near a phone and/or you are prepared to heal).

Assassins and witnesses may both wish to lie

Unlike some hidden role games in which only certain roles may have reason to lie, in Mantis Falls, dishonesty can be a useful tactic for any player. Because a witness must always fear for their own safety and can never be certain of the motivations of others, they may be smart to use deception and adversarial moves to tilt the tactical situation towards their own benefit and protection.

Because of this, an assassin caught in a lie is not necessarily exposed as a traitor. Rather, they should try to justify their dishonesty as being the move of a fearful or distrusting witness.

Action cards like “Medicine” and “Doctor’s Bag” may look humble at first, but anything that can heal you could be the difference between living and dying. These are rare and precious cards, and they should be thought of as among the most powerful in the game. In many cases, you’ll want to save them and use them only when you need them most (often in a Last Gasp play; see below). 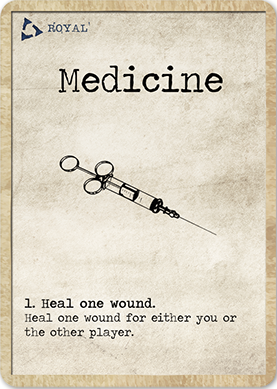 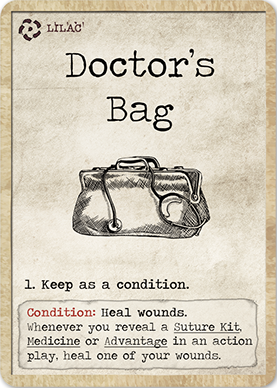 Use you Last Gasps strategically

Because you die if your gasp marker reaches three, players may think they should actively avoid using their Last Gasps. This isn’t the case! Last Gasps can be highly valuable, so rather than avoiding using them, instead think of how to carefully use them to maximum benefit. Consider the following: 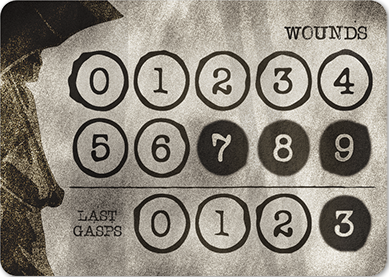 There are many powerful action cards in Mantis Falls, but the best plays are often combo-driven or situation-dependent. You might find that there are only a few cards (e.g. healing cards and Midnight cards) worth holding onto in all situations.

Don’t let your hand stagnate with “powerful” cards for which you have no specific plan. Be willing to use your main play to discard or conserve those cards and find cards you’re better able to use!

Check out this post on BoardGameGeek or our detailed action card compendium.